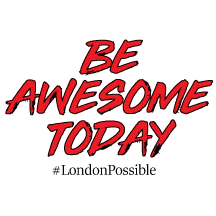 During its monthly regular meeting on February 9th, the London City School District approved a recommendation to move the commencement date for the LHS Class of 2021 from Sunday, May 30th to Friday evening, May 28th. The move is in anticipation of the district holding an on-campus, outdoor graduation for its seniors. The move allows the district to maintain multiple rain dates in case of inclement weather forces the postponement of the ceremony. The early approval also allows seniors and their families wishing to send out announcements to have the correct date. Senior Class Officers and Senior Class Advisors were consulted prior to the move.

Like most school districts, London was forced to celebrate its 2020 commencement in a non-traditional manner. Graduating seniors participated in a parade, which culminated in the distribution of diplomas in a drive up ceremony. Although the district is expected to have more of a traditional graduation ceremony this year, albeit outside at the stadium, the high school administration and students plan to continue holding a graduation parade. More details on all commencement ceremonies will be announced later this spring.