In August of 2020, the district published a site plan for all campuses.

In May of 2019, the district approved its five-year forecast with 121 days of operating reserves.

During the spring of 2019, LCS enacted a Fiscal Wellness Plan, which resulted in $772,000 in increased revenues and reduced costs.

The district conducted an EMIS Workflow study during the spring of 2017 in order to identify and improve state reporting systems and to verify appropriate student academic reporting and funding is accurate.

During the Fall of 2016, the London City School District updated its facility usage and rental agreements policies and procedures.

In May of 2016, the district conducted its annual fiscal spring cleaning, which netted over $100,000 in annual savings.

In August of 2015, the London City School District refinanced its bond debt in order to save district taxpayers more than one million dollars. 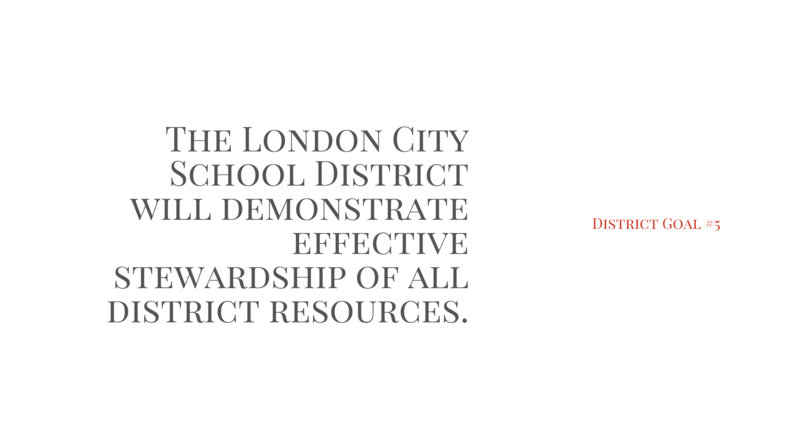