Before and After School Program Continues to Grow at London

During the 2019-2020 school year, we had 49 individuals between the fall and winter seasons earn all-league honors, 23 earn all-district honors and 10 individuals earn all-state honors. We had 4 wrestlers qualify for the state tournament before it was canceled, and we had a young lady, Grace Jones, win the state championship in the 1st ever Girls Wrestling State Championships at 116 pounds hosted by the Ohio High School Wrestling Coaches Association. The football team continued its streak of playoff appearances by qualifying as the 8th seed in Division III Region 11.

During the 2017-2018 school year, London added interscholastic swimming as a club sport.

Launched, London Unlimited, which is the district’s flexible, alternative educational program. The program grew to include 80 students or 12% of the high school student population during the last school year (2017-2018).

During the 2016-2017 school year, London High School began offering College Credit Plus courses onsite for the first time. These six (6) CCP courses complement the six (6) Advanced Placement courses, which are already offered at the school.

During the 2016-2017 school year, the district officially added high school bowling as a school-sponsored sport and added the following clubs at LMS: Robotics, Power of the Pen, Math Counts, and Mock Trial.

During the summer of 2016, the London City School District installed field turf at Bowlus Field thereby greatly increasing the access of the field for student programs. 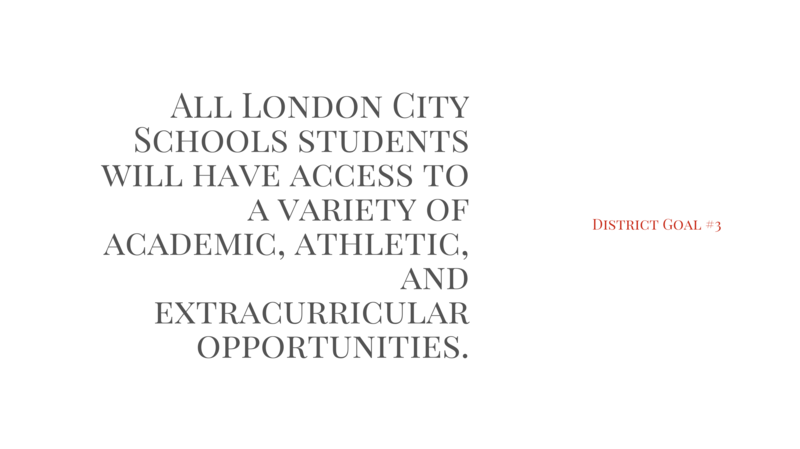