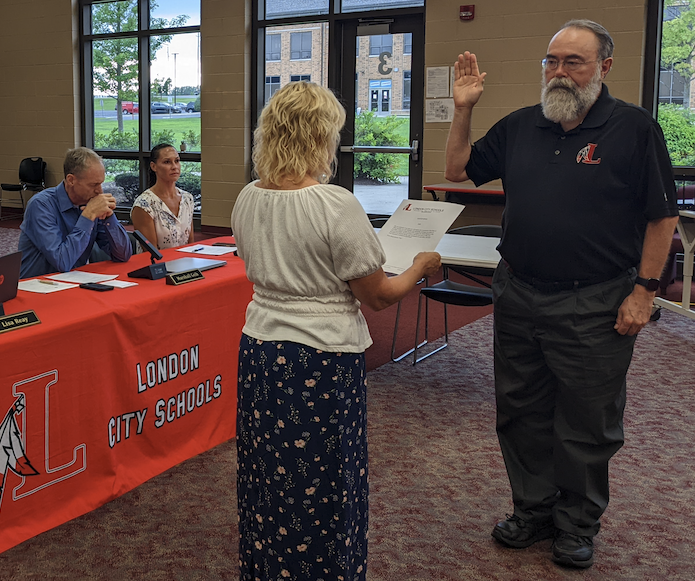 London Board of Education Appoints Familiar Face to Open Seat

The London City School District voted to appoint a familiar face to its Board of Education during its Regular Meeting on Tuesday, August 9th, 2022. Darryl Brown served as the Board of Education President in 2021 but did not seek reelection last November. Seeing a continued need to serve the school district, Mr. Brown applied for the vacant seat created by the move of Member Jonathan Stahl in June of 2022. His interest continued when the current seat became vacant.

Mr. Brown is no stranger to being appointed to the Board of Education. He originally joined the district as a Board Member in January of 2014 after being appointed to fill an open seat. He was subsequently reelected twice by the community and served on the Board until January of this year. Mr. Brown is a retired Air Force JAG and is currently serving as a senior civilian attorney at Wright Patterson Air Force Base. He has proudly served the Air Force for 37 years.  He and his wife, Lisa, have resided in London for almost three decades and are the parents of two London High School graduates. Outside of his work in our schools, Darryl remains active in the community as a coach and volunteer with the Madison County Special Olympics.