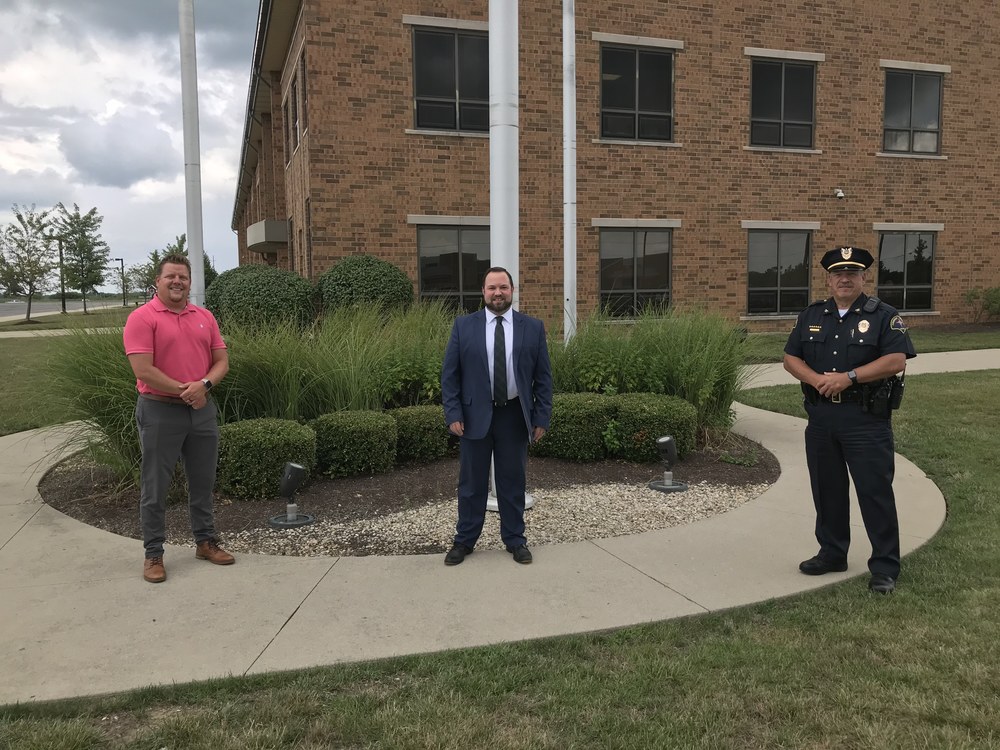 Thanks to a generous donation of reallocated funds, the Madison County Prosecutor’s Office has helped to enhance the security of all London City School District buildings just in time for the start of the new school year. After reviewing safety plans and in consultation with the London Police Department, the Prosecutor's Office and School District worked together to strengthen three different areas of school security. Namely, access to the building, access to classrooms or other work areas, and surveillance. Dollars seized as a part of drug offenses were then reallocated to pay for the upgraded security measures.

Beginning this school year each security measure will be fully implemented. These measures include the installation of multiple LCD monitoring screens in each school office along with additional indoor and outdoor cameras. Door barricades were installed in each classroom and work area to help establish safe areas in case of an active intruder. Door barricades, which can be engaged in a matter of seconds, help to enhance the district’s lockdown procedures. Finally, security film has been installed on windows across campus. Security film strengthens windows making them much more difficult to break by a potential intruder. The cost of the security upgrades totaled almost $100,000.

Chief Assistant Prosecutor, Nick Adkins, who headed up the collaboration on behalf of Steve Pronai’s Office remarked, “It's been a privilege to direct forfeited drug funds toward numerous law enforcement endeavors, but it's been especially rewarding to see this money that once served such a negative purpose end up positively impacting our schools. The school safety measures have become my longtime passion project and I'm excited that our teamwork could make this vision become a reality.” London Police Chief Glenn Nichol added, “Child safety is a priority for our agency and this collaborative effort to enhance school safety is an excellent use of resources. We were pleased to assist with those efforts and applaud the school and prosecutor’s office for their diligence in creating as safe an environment for our community’s children as possible.” Dr. Lou Kramer, London City Schools Superintendent, applauded the partnership to help strengthen safety across the district’s campuses. “I would like to thank Chief Nicol, Steve Pronai, and especially Nick Adkins for their foresight and partnership in strengthening our district safety efforts. The funding and collaboration provided by the Prosecutor’s Office have helped us address areas much sooner than we have planned.”