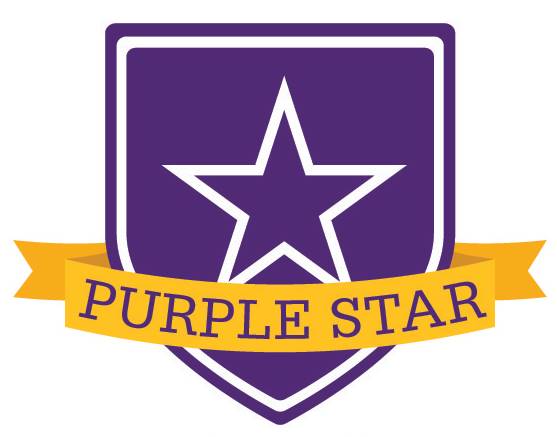 Links for families including but not limited to general support, financial and energy assistance, housing, education compiled by the Ohio Attorney General's Office

A statewide initiative of the Ohio State Extension Office designed to support the youth of military families throughout the deployment cycle.

The Inter-Service Family Assistance Committee (ISFAC) is a state level committee of regional, state, and federal agencies and organizations that meet quarterly to collaborate and align resources in support of Ohio troops and military families.

The Interstate Compact addresses key educational transition issues encountered by children of military families. It is sponsored by The Council of State Governments (CSG), in cooperation with the US Department of Defense.

Military OneSource offers a wide range of individualized consultations, coaching and counseling for many aspects of Military Life anywhere in the world at no cost.

March 2 Success is a FREE website providing our users access to online study materials to help improve their scores on standardized tests such as state exit exams, college entrance exams, military entrance exam (ASVAB) and others.

Online tutoring and homework help U.S. military and their families provided 24/7 at no cost by the U.S. Department of Defense and Coast Guard Mutual Assistance.

A Walk in My Shoes: Military Life

Military children often experience fear and stress when a parent is deployed. Now, a clinical report shows they are more at risk for depression, worry, and insomnia.
(NPT Reports)

The London City School District appreciates the sacrifices that our men and women in the military make every day. In an effort to increase resources and lessen the burden of service to these families, LCS has established a single point of contact for military families and launched a webpage as a repository for helpful resources. All staff members within the London City School District receive annual training in order to understand and better support the challenges of military families.

Each year, our school district is proud to host Veteran's Day events in every school recognizing the importance and honoring the sacrifices made by our current and former military community members.

The London City School District appreciates the sacrifices that our men and women in the military make everyday. Inspired by an Ohio of Education program, the district began efforts last spring to increase resources and lessen the burden of service to militarily-impacted families.

Since that time, the district has established a single point of contact for military families, launched a web page with helpful resources, revised enrollment forms to support families affected by deployments, and educated staff on the challenges our military-impacted students face everyday. These efforts were recognized last Thursday by the Ohio Department of Education as each district school was designated as a Purple Star School, which recognizes schools that are military-friendly.

The London Board of Education passed a resolution supporting military children and families and district efforts to better support them in April of 2018. Board President Darryl Brown praised the adoption of the resolution at the time. Brown, who currently serves as the Deputy Director and Senior Supervisory Attorney at Wright Patterson Air Force Base, noted that London is home to only a few active military families but is home to a number of reserve families. Brown noted the burdens of service can be overwhelming at times for families and praised district efforts, which are in line with the district’s goal of individuals having a “positive user experience” with our district.

Board of Education Resolution of Support for Military Children and Families

WHEREAS, the Board of Education of the London City School District recognizes and appreciates the service of our military men and women in support of the defense of our nation; and,

WHEREAS, the Board of Education of this district currently recognizes this sacrifice through Veteran’s Day programs for current and past military members, awarding of military service for current employees, and the presentation of diplomas for eligible World War II, Korean, and Vietnam veterans; and,

WHEREAS, the Board of Education acknowledges that active military families in the fulfillment of their duties to our nation face unique challenges including frequent deployments, relocations, and the like; and,

WHEREAS, the Board of Education wishes to further improve the support, understanding, and outreach for the military families attending our schools; and

NOW BE IT RESOLVED, that the Board of Education of the London City School District affirms a commitment to support our military families and is dedicated to providing resources and programs, which could benefit students and families academically, socially, and emotionally; and

BE IT FURTHER RESOLVED, that the London City School District shall continue to develop programming to ease the burden of service for military families by both raising the level of understanding and support by the staff members of this district and continuing to celebrate military service in our community.

Adopted by the London City School District Board of Education
April 17th, 2018